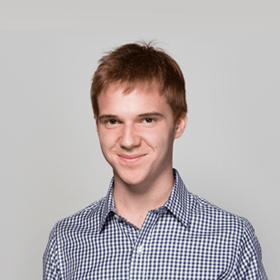 In this post we share an analysis of search partner performance across 10,000+ accounts, how to manually optimise search partners, and an insight into the more advanced optimisation logic in Opteo.

Search partner targeting is a classic example of an on-by-default setting which warrants scrutiny. While we might expect similar performance between search partners and Google search, a recent analysis by our data science team tells a different story.

Before we jump into the research and some useful nuances in optimising search partners, let’s quickly recap the basics.

What are search partners?

Searches that happen on sites other than Google itself fall into the “search partner” category. There are more than we might imagine!

First, there are sites such as YouTube and Amazon that embed ads from Google after a visitor searches for a video or product. Then there are large websites like The Guardian or W3Schools that use Google Custom Search Engine (CSE) to power their site searches.

Currently, there are 273,396 live websites using Google Custom Search. That’s a lot of potential search partners! Given the scale of search partners, we wanted to find out to what extent they are a worthwhile investment.

We looked at a large dataset of accounts that have not used any Opteo Improvements to make sure that the data is a true representation of real-world Google ads accounts. We then filtered the dataset so that we were left with over 10,000 Google Ads accounts with 10 or more conversions in both Google Search and search partners.

We plotted the differences in CPA on the histogram above. The distribution has a slight positive skew and a central tendency but also some surprisingly long tails. In other words, search partner performance can vary wildly, as such, we should keep an eye on it. Let’s look at how to evaluate and optimise search partners for your accounts.

How to manually analyse and exclude search partners

Here's a step by step guide for reference:

When ads perform poorly on search partner sites, Opteo will recommend disabling search partners for the relevant campaigns. Our algorithms carry out the analyses for you, taking into account a few additional nuances like carefully comparing performance to targets and ensuring there's enough data to make decisions.

One of the most common roadblocks to making decisions about optimisations, like leaving search partners on or turning them off, is having enough data. If we're to simply compare search partner performance to Google Search performance campaign by campaign, the likelihood is, most campaigns wouldn't have enough data to make a reliable decision.

To solve this, we can group campaigns together and look at their aggregate performance. But in order to do that, we need to understand which campaigns should and shouldn't be grouped together. For example, you probably wouldn't want to mix your brand and generic campaign performance data together because the acceptable performance is so vastly different for each of them. They may even use different conversion types.

In Opteo, setting your campaign groups tells us which campaigns belong together, which conversion types are relevant, and what the target is. Once campaign groups are in place, we're able to correctly aggregate campaign performance data and compare it to the relevant target. We're also able to understand a particular campaign's performance relative to the other campaigns in its group (useful when there is no target for instance).

Imagine a scenario where within a campaign group, search partners are performing worse than your target, but better than Google Search.

In this case, it'd be a mistake to cut out search partners. We would be better served cutting costs elsewhere. So we can refine our decision making to only suggest excluding search partners where the CPA is above (worse than) both Google Search CPA, and the target CPA.

To figure out which campaigns have enough volume to warrant a campaign level evaluation of search partners, one method we can use is to compare its clicks to the minimum click threshold of its campaign group as below:

If a campaign’s search partner clicks is above the minimum clicks threshold (ie. it has accumulated enough clicks to on average produce X conversions) then we can evaluate that campaign by itself. We take a deeper look into minimum clicks in Improvements explained: adjusting keyword bids in Opteo.

This way, important high volume campaigns can be treated individually, and lower volume campaigns (which do not have enough data to make a per campaign decision) can be grouped together and treated as a collective.

Wrap up and takeaways

I hope you picked up something useful from this post. Here’s a quick recap of the key points:

Never miss a beat with content delivered straight to your inbox.

How target ranges can help you build better client relationships